Base Marine is a specialist provider of decommissioning and salvage support in Australia’s North-West and has managed and executed numerous scopes of work in this field. Below is a gallery of photos from recent jobs.

Base Marine brought a 100m barge into Ashburton in September 2021 with the bottom side of Santos’ Sinbad platform which was then braced, demolished and scrapped. Base Marine’s scope was executed flawlessly and without incident 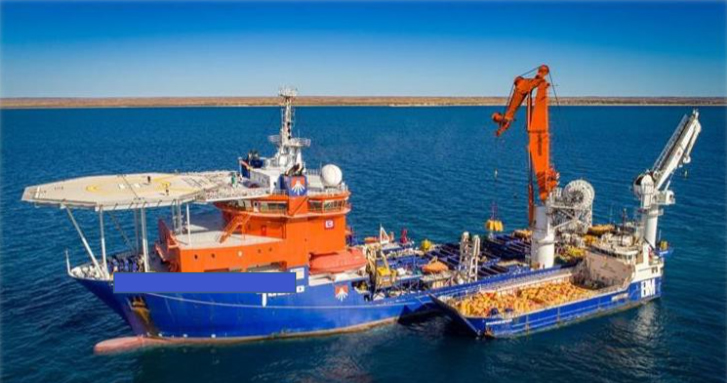 BHP’s Griffin field had several hundred buoyancy modules that Base accepted ownership of in-field and brought in to Exmouth where these were cleaned and then transported to a processing facility where they were re-constituted. 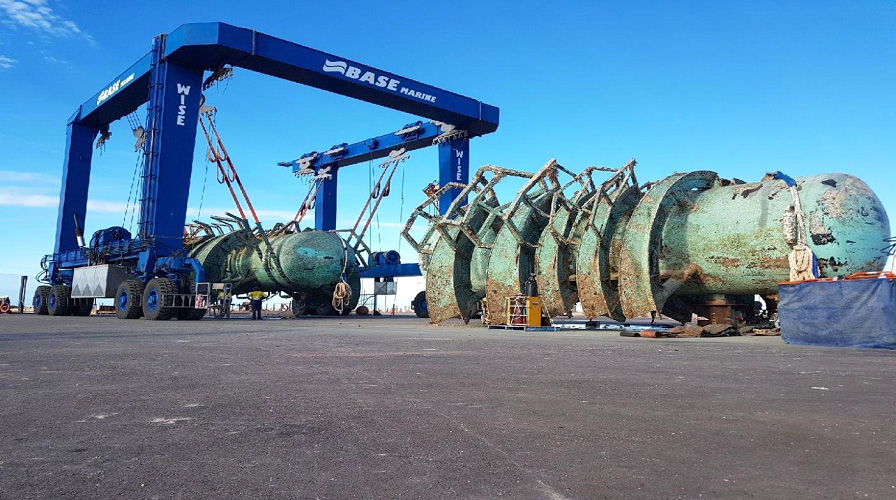 The Griffin Field Mid-Depth Buoys (MDB’s) were accepted by Base Marine in the field and brought to Exmouth where they were cleaned, coatings removed and modified to then be re-floated by Base and ultimately submerged onto the seabed in the Exmouth Gulf where they remain as the southern hemispheres largest artificial reef.

A decommissioning offshore platform laying alongside our southern Quay at Ashburton whilst we cut it down and brought it ashore for disposal.

Our dedicated team look forward to assisting you with all your needs, complete the contact form below and we will get back to you as soon as possible.